American History in the Mid-Atlantic

Discover centuries of America history along the Atlantic coast

Your American history adventure begins at the Jamestown Settlement, which chronicles the landing of English colonists in 1607 to the development of a nation. Tour the outdoor history villages of the Fort, Powhatan Indian Village and Jamestown Settlement. Each village features historical recreations of buildings and important historical figures such as Pocohontas and the Virginia Company of the military outpost. Visitors also have the chance to tour three ships recreated in the style of the vessels the colonists traveled on, the Susan Constant, Godspeed and Discovery.

Located 30 minutes from Jamestown Settlement, a stop at the American Revolution Museum at Yorktown also offers indoor and outdoor living history opportunities for visitors. Visitors step into a reenactment of life in 17th century Virginia with indoor galleries offering 4D theaters and an outdoor Continental Army encampment. Visitors can find historical artifacts and immersive environments that show the life of colonists and soldiers during turbulent times in American history. Daily demonstrations through the Continental Army encampment include cooking, medical practices, camp life and a show of artillery and musket fire. 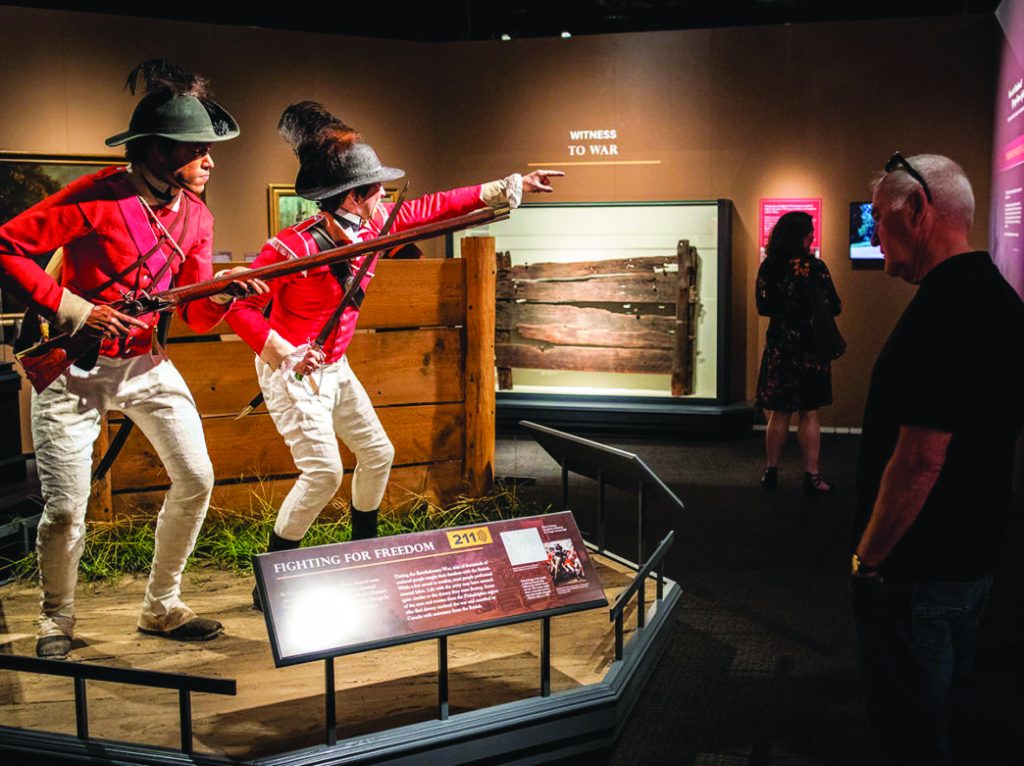 As the nation’s capital, Washington, D.C. offers many national museums full of collections of American history. From the settlers of colonies and fighters of the American Revolution to Native Americans and African Americans, cultures and people from all walks of life influence the foundations of America.

The large building that houses the National Museum of American History is three floors of exhibits ranging from women’s suffrage, invention and enterprise to art and sculptures developed in America. There are other museums that uncover cultures often overlooked in the history of America, such as the National Museum of the American Indian. With exhibits on the relations of Tribal Nations, the U.S., Native developments of the land and the universes of Native cultures, visitors are sure to learn new history from the original inhabitants of America. The National Museum of African American History and Culture presents a large portion of America’s population, as through the years they fought for civil rights, ending slavery, the protection of culture, music and poetry that defined the nation.

Nearby is the Benjamin Franklin Museum, which celebrates the inventions and contributions of one of America’s founding fathers. Just a block away is what followed the Declaration of Independence, the Museum of the American Revolution where visitors see the history of the fight to establish America as a free country.