International visitors are drawn to the United States for its popularized attractions and dense cities, but there are monuments and historic sites that pre-date these tourist sites by millennia. Before Christopher Columbus set sail for “the New World” in 1492, hundreds of distinct indigenous cultures populated what is now considered North America. AIANTA and other native tourism organizations encourage inbound travelers to experience and honor these important sites to supplement their American itineraries. 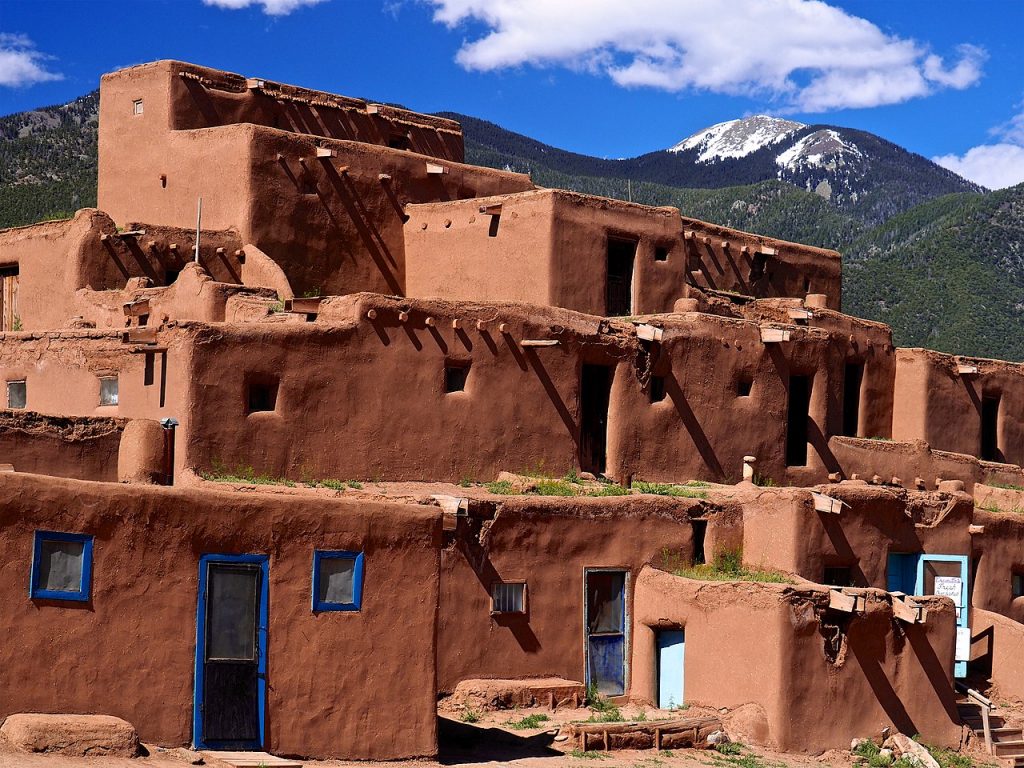 Continuously inhabited for over 1,000 years, this multi-story adobe building continues to be occupied by the Tiwaspeaking Puebloan people. Consisting of two primary structures called the Hlauuma (north house) and Hlaukwima (south house) that are subdivided into smaller apartments for individual families, the site welcomes visitors who want to learn more about the rich culture of the approximately 150 permanent residents. Tours are available and encouraged for guests who want to learn more about the innovative adobe architecture and traditional micaceous clay pottery. Visitors to New Mexico should also admire hundreds of original art pieces at Buffalo Thunder Resort and learn about the Four Matriarchs pottery tradition at Acoma Pueblo.

Located on the Black Warrior River near Tuscaloosa, this site was home to an immense and sophisticated community built by the Mississippian people 800 years ago. Twenty-six earthen mounds (varying in size depending on the class of the resident) were arranged around a central plaza, and various buildings were used for religious purposes and food storage. Today, the site is managed by the University of Alabama, and visitors can see beautiful treasures preserved in the museum, embark on the nature trail and enjoy scenic views of the Black Warrior River. Visitors to the Southeast can also learn about the Miccosukee tribe who lived in Florida’s Everglades for hundreds of years by registering for a Miccosukee family-owned and operated Buffalo Tigers Tour. 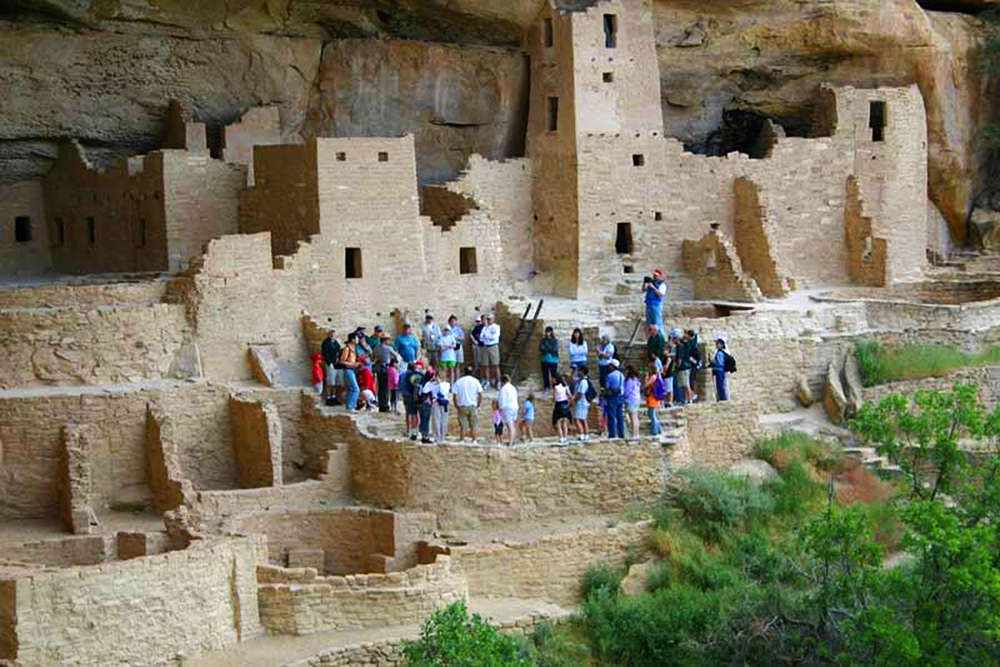 Located just south of the San Juan Skyway is Mesa Verde National Park, a collection of over 600 preserved cliff dwellings that housed the Ancestral Pueblo people in the 1200s. The park’s most spectacular site is the Cliff Palace, an immense structure that consists of 150 rooms and 23 kivas (spiritual spaces used for religious ceremonies). A variety of rangerled tours can also guide groups through the Long House, Balcony House and Wetherill Mesa. Continue to the nearby city of Cortez to learn more about the area’s Native American history at the Crow Canyon Archaeological Center and browse the galleries of the Mancos Creative District.

Built nearly 2,000 years ago by the Hopewell people who resided in the Ohio River Valley, these earthworks were among the largest in the world and used as defensive structures as well as burial sites for the deceased. Ranger-guided tours of the largest mound cluster (the Mound City Group) will explain how these formations were used for feasts, funerals and other religious rituals for a thriving culture.

The rugged black lava seascape of Maui is the site of this beautiful garden, which grows hundreds of plant species that were transported throughout the Pacific Islands on ancient voyaging canoes. Tour this oceanside reserve to hear the mo’olelo (stories) of ancient Hawai’i and of Chief Pi’ilani who ruled over these lands in the 16th century. You will see firsthand some of the traditional uses of the plants brought to the islands by the first Hawai’ians. Many guides grew up in this culturally rich region and are experts in practices and traditions passed down to them by their elders. You can also tour the remains of Piʻilanihale Heiau, which is believed to be the largest heiau (place of worship) in all of Polynesia. A key gathering place for rulers and priests, the site is built from basalt blocks and perhaps named for the ruler Piʻilani (who served as the ruler of the islands of Maui). 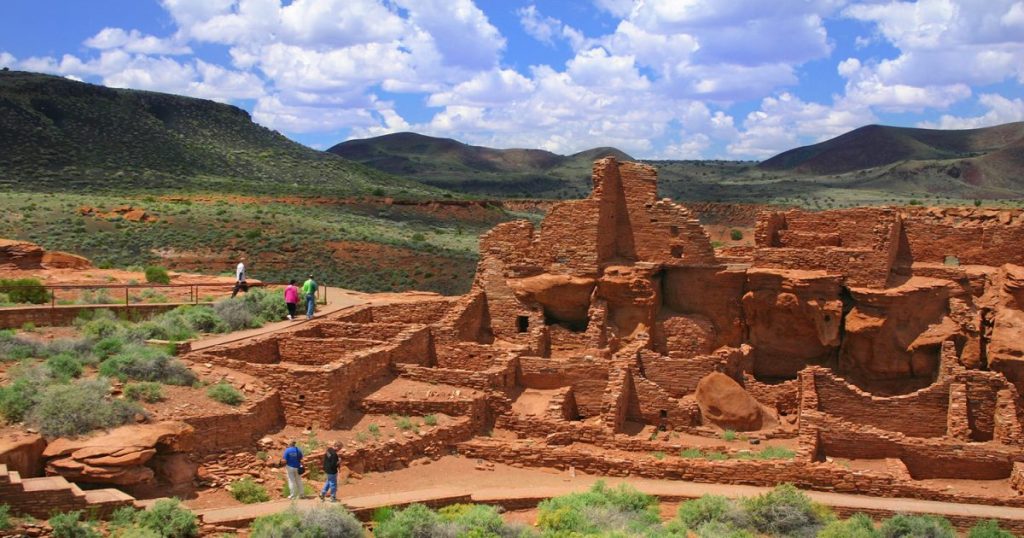 Wupatki, which means “tall house” in Hopi, makes for an excellent complementary experience to the Grand Canyon, which is less than 90 minutes away. Visitors are free to hike through the ruins or register for an interpretive tour, in which a park ranger discusses Ancient Pueblo traditions and the park’s proximity to the Sunset Crater, a cinder cone volcano whose 12th century eruption might explain why Native Americans abandoned the area. The monument’s largest Sinagua Pueblo contains over 100 rooms, a community center and ball court, and it remains the largest building for 50 miles. Other structures available for exploration along Loop Road is the Citadel (where soldiers kept watch atop the hill) and Wukoki Ruins (where visitors can climb the tower).